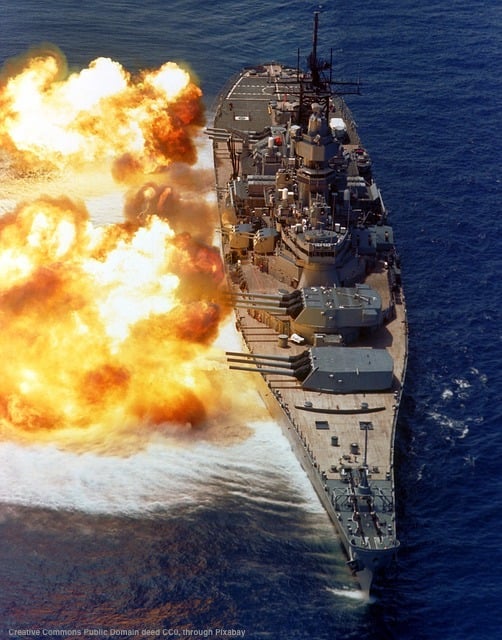 Non-state actors (NSA), above all NGOs (Non-governmental Organizations), are influencing geopolitics more and more. The world is changing fast – by way of three case studies, I make an attempt at exploring how this is happening.

The man on the road may have not taken note, but non-state actors and NGOs have become powerful influencing factors.

If one read a newspaper, sorted through the web or watched the news, one could not help either reading or hearing the NGO term.

What about other non-state actors? Some examples: multinational corporations, religious groups, ISIS – a NSA so powerful, it turned into state entity.

Non-state actors are influencing the current state of affairs, directly dealing with governments, handling enormous amounts of money, getting public attention and so on.

What about national states?

Too many firms have not realized the world is changing, that it is not possible to export and internationalize without taking the NSA factor into account, that national states are more and more weaker.

Geopolitics is now shaped both by nation states – see Geopolitical Aspects of the Crisis between Qatar and Saudi Arabia for a recent example – and non-state actors.

Few people seem to have noticed this tendency yet; nonetheless, it exists and you should take note.

CASE STUDY 1 – IMMIGRATION AND HUMANITARIAN NGOS IN THE MEDITERRANEAN

Everyone knows what happened: Italian prosecutors investigating humanitarian NGOs operating in the Mediterranean and ferrying migrants to Italy – one ship being impounded – some NGOs refused to sign a code-of-conduct by the Italian government, and so on.

I would like to stress a point: the Italian government tried to obtain NGOs’ approval of its code-of-conduct, i.e., said NGOs were dealt with as if they were foreign governments.

Immigration is a big problem for both Italy and the EU, nonetheless non-governmental organizations had ample berth and were in no way restricted in their operations.

The meaning of this? Governments – and the UE – have abdicated their tasks, while NGOs have taken it upon themselves roles which have always been the prerogative of nation states.

NGOs went further: they complained about Italian rules – their complaints getting much attention by media. Many politicians took position in favor of NGOs, even as public opinion (to which NGOs are bound to pay no attention) is clearly against mass immigration and said organizations.

Even more revealing, NGO executives flew to Rome to sign the code-of-conduct, exactly as a foreign dignitary would do.

MSF (Médecins Sans Frontières) was refusing to sign. According to Wikipedia, MSF budget amounted to USD 1.63 billion; as of 2015, more than 30.000 people were working with the organization. This are numbers a multinational corporation could vaunt.

At any rate, NGOs operating in the Mediterranean were ferrying migrants to Italy in the tens of thousands. In doing so, they were deciding Italy’s and EU’s future, they were taking upon themselves a huge share of European immigration policy. They were even fielding small flotillas in the Mediterranean; besides, their flotillas appeared to be coordinating – by way of a WhatsApp group – actions aimed at saving migrants.

The meaning of this? Organizations taking to the sea, organizations coordinating naval task forces to achieve geopolitical goals on a large scale.

Someone may say I am overdoing the geopolitical significance of NGO operations in the Mediterranean.

I would then like to write about the Defend Europe operation  – mission, according to organizers, i.e., Génération Identitaire and its European “local companies”.

This NGO chartered a 40 m., 400-ton, ship and entered the Mediterranean to try and stop mass immigration.

The main C-Star task consisted in monitoring NGO ship and prove they were dealing with human traffickers. C-Star began its mission after many setbacks; the state of the mission is unclear.

At any rate, this NGO was able to charter a ship, embark activists – this part could be part of a thriller – and begin its mission: a new type of naval warfare against other NGOs.

This is not all – apparently, some NGOs and other organizations did everything in their power to disrupt Defend Europe operations. According to sources close to Defend Europe, a campaign to harass the mission, its organizers and its sympathizers was launched.

Battle in the Mediterranean

After being briefly impounded – on human trafficking accusations – in Northern Cyprus, C-Star could not berth in any European or African ports. Aactivists protesting its arrival were present wherever it could berth.

PayPal and Patreon – also in the case of a Canadian journalist sympathizing for Defend Europe – accounts cancelled and a flow of articles and news highly negative towards the mission were an example of the alleged campaign against this NGO.

Anyhow, C-Star was not able to berth and refuel.

To me, this sounds as an attack on logistics and ports – an attempt at incapacitating an enemy ship by severing its vital flows. On the other hand, C-Star mission consists in harassing humanitarian NGO operations by filming their (alleged) doings and publishing them on the media, i.e., infowar.

Let’s be clear: there was a naval battle in the Mediterranean, involving internet, the media, founding sources – a battle for hearts and minds fought by NGOs. This battle concerned immigration, probably the largest problem currently facing governments and the EU.

Before becoming a state entity, ISIS was a non-state actor (NSA); to be precise, even at its apex it was both a state and a NSA – it still is the latter.

I suppose no one has doubts about ISIS’s geopolitical influence: as a result of its actions, life in Europe and elsewhere has changed dramatically.

You may want to read my article on Isis: Isis’ Strategy in Europe – Stability.

The war this NSA is waging is universal: a worldwide war raging on the ground, on the web, inside European cities, and so on. As in the case of the battle between humanitarian NGOs and Defend Europe, its goal consists in winning hearts and minds.

As in the case of non-governmental organizations, ISIS’s “activists” come from many countries and are highly motivated. Obviously, NGOs have nothing to partake with ISIS – I am just trying to outline future tendencies.

By making use of terrorism, guerrilla and propaganda – mainly on the web – ISIS was able to attract many followers and thousands of fighters; it was able to build an independent state.

Even if the ISIS state collapsed, this non-state actor would continue to operate and influence geopolitics on a global scale.

The birth of multinational organizations such as the European Union and the desire of many actors to weaken nation states has led to the emergence of non-state actors.

The web has contributed greatly to this tendency, for now everyone can get in contact with everyone else.

The nation state is becoming weaker by the (internet) day

Like-minded individuals are just a click away: for instance, the Defend Europe mission involved activists form many European countries, a Canadian journalist, a USA journalist, an American crowd-funding platform, a ship registered in Mongolia (probably based in Djibouti), and so on.

Nation states and even the UE have abdicated many roles which have always been their prerogative. Obviously, someone else has stepped in to fill the vacuum.

This vacuum includes EU and Italian immigration policy, as well as many other sectors.

ISIS took advantage of the situation in Syria and Iraq, as Al-Qaeda did before in Afghanistan.

This has led to both humanitarian NGOs and Defend Europe equipping ships – and to naval battles of a new kind.

The internet and the real world

It did not stop there: the battle between the two actors was raging on the web, on socials, on the media-sphere, on crowd-funding platforms, and so on.

To examine in depth what is taking place on the web, I advise you to read my article Cyberwar, Cyberguerrilla e le Conseguenze sulle Imprese e l’Export.

The seas and the elements I have just mentioned have something in common: nation states have little influence.

This is just the beginning: it began on the internet, it went on on the high seas.

NGOs and overall non-state actors are going to forge geopolitics more and more.

WHAT ABOUT EXPORT AND INTERNATIONALIZATION?

The world is changing fast – export and internationalization are heavily impacted. As I wrote in Internazionalizzazione di Impresa – Una Nuova Era, ‘… business export is becoming more and more “private” … the paths to export routes are increasingly less “state-bounded” …’

After having read previous sections of this article, it is inevitable to draw conclusions: export and internationalization are definitely taking new routes – we live in a world where NSAs, above all NGOs, have begun forging geopolitics.

As you know, it is not possible to export and internationalize without taking geopolitics into account; as you know, non-state actors are now part of the equation.

Now you know why I smile when I hear of the Italian voucher per l’internazionalizzazione and of the MISE (Ministero dello Sviluppo Economico) list which pretends to decide which consultancies an Italian firm must address to get said vouchers. You may read more (in Italian) on this matter in
Il Temporary Export Manager del 2020: sara’ il Bis di Quello del 2017?

The world is much more complex than many people – many export managers first – think. Whoever understands how mechanisms truly work will be able to find out profitable routes to export.

THE ENVIRONMENTAL MOVEMENT AND THE RESISTANCE

The Greta Thunberg phenomenon has made evident how powerful the environmental movement has become.

It all started in 1978 with conservation biology, embraced by scores of NGOs and trusts. ENGOs have been very successful in dictating how rural land should be made use of.

Greta is now propelling green NGOs to the center stage of politics.

There exists another movement, born in the USA some years ago. This movement – better, a constellation of local groups –  is opposed to the policy espoused by many governments.

In the US, these people call themselves The resistance. This movement encompasses mainly farmers and rural communities.

In Europe, farmers are protesting with their tractors. The strongest movement appears to be the German one: the Land schafft Verbindung – LsV.

UPDATE: SEA WATCH 3 AND HER SISTERS

In the 23 months between my original article and now, there have been some interesting developments:

NGOs – and Non-State Actors in general – are becoming very powerful.

In the meantime, national states are becoming weaker by the day.

Comments are welcome. You may contact me anytime: contacts.

If you need advice, take into account I am a consultant, also dealing with: 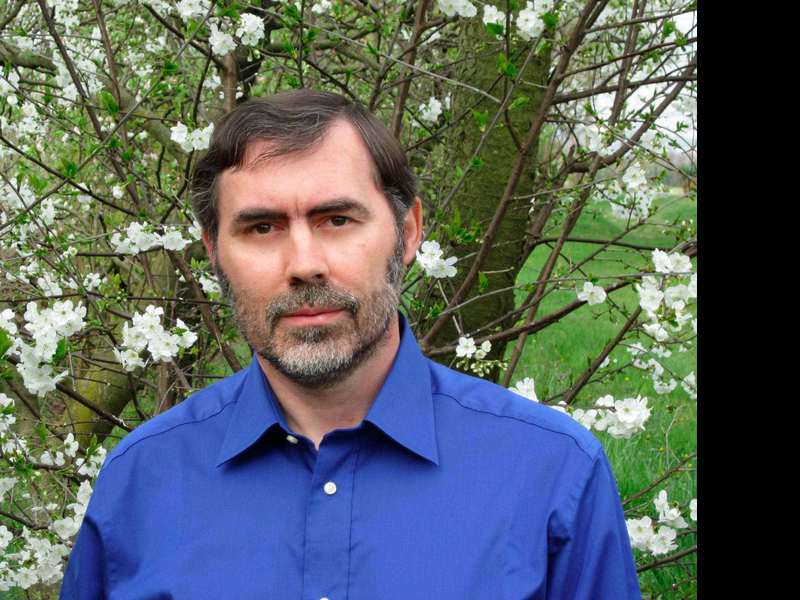